Do We Need To Save Our Earth And Humanity?

We have cause for concern – overpopulation, loss of biodiversity, habitat destruction, climate, wars, lack of food, drinking water and so on. All these are issues that are even more important than ever for the survival of Homo sapiens – the self-righteous man – in the twenty-first century.

Let us take just one example: On the one hand, since Copenhagen, the heads of state and government have been unable to agree on binding climate protection goals. On the other hand, the majority of climatologists are certain that the rise in the global average temperature to two degrees Celsius compared to the pre-industrial age must be limited to avert irreversible changes in the climate, such as sea level rise, desertification, and accumulation of weather extremes. 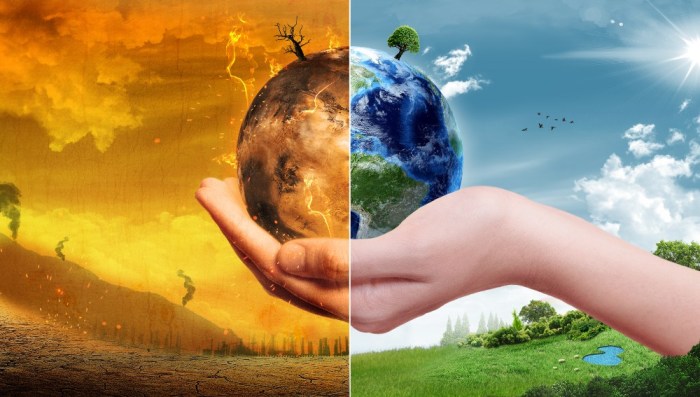 Wohlleben’s personal fear of the future

As a consequence, the catastrophes that will hit us all over the next few decades will be huge – and so will the costs that governments, taxpayers and businesses will face, according to a recent study by the International Energy Agency (IEA) After all, it is still necessary to slow down disastrous developments, or at the latest when it comes to getting the consequences and damages of our actions as well as our inaction back under control.

We know all this, but we do not act accordingly. In any case, all of this is reason enough to be worried.

In the face of the many alarming news of our time, one of the nearly seven billion people on earth, Peter Wohlleben, writes of his personal fear of the future of the soul.

The title of his little book “Evolution 2.0” is as fashionable as it is misleading. Because Wohlleben is not about the second edition of evolution. Rather, his is anything but a new proposition that alone we could be taken out of the curve on the roller coaster ride called Evolution.

When biologists talk about evolution in the tradition of Darwin, they always have long periods in mind – emphasis on long. This is the only way evolution works by selection. Life has existed on our planet for 3.5 billion years (nearly 4.5 billion years ago), and at least 600 million years have passed since fossilized animals and plants began.

On the other hand, the life-form that is directly relevant for man, even though it is unusual, is measured after just a few million years; and only then, if we generously include our australopithecine ancestors. We, the modern human Homo sapiens, is thereby an evolutionary mayfly – with a past of little more than 200,000 years.

At best, people think in centuries

Often people think in other dimensions. Anyone who is not exactly an evolutionary biologist only measures long periods of time after decades, or at most centuries. In any case, he thinks only in historical time, even after generations of ancestors and descendants – and above all, he thinks only of himself and his own.

Wohlleben’s fundamentally correct approach revolves around a second widespread misunderstanding about humans and evolution. No question that the development of our species differs from that of other living beings; no question, too, that evolution has taken place since the beginning of human civilization ten or twelve millennia ago.

Nevertheless, it is almost the favorite error of modern man that we are no longer subject to any evolutionary constraints. In addition, new, culturally transformed selection factors may have taken the place of natural selection alone, and new technologies are accelerating human development – it is biologically nonsensical to speak of an evolution 2.0 or even a life 3.0 as if it were arbitrary, as in computer programs new versions would exist.

From the soul situation of the patient human

The younger generation of computers made the rounds of Tim O’Reilly’s term “Web 2.0” come round the years ago; Wohlleben also refers to this in the title.

Although his book gives no new insights, it is still worth reading, because it – quite similar to the confessions on the famous coach at the psychiatrist – quite directly and undisguised the soul situation of the patient revealed to people; a patient who is having problems with himself as well as with his environment, more recently and more and more.

The signs for our species are bad

That widespread misconception of a supposed decoupling of man from the evolutionary process feeds from two sources. On the one hand, from the traditional assumption and self-exaltation of man as the crown of creation that has not yet been abandoned.

On the other hand, from the idea of ​​the Almighty that man is no longer subject to the mechanisms of evolution, that he no longer has to adapt his mode of existence to his environment. For him, other laws than those of biology apply and he shapes the world according to his needs and ideas (as we have recently) about a conference of the Berlin-Brandenburg Academy of Science wanted to believe).

But that’s exactly what it is: a misconception when we think the world, nature, species, and climate must or could be saved. At best, we could hope to save our own species, but the signs are bad too.

Homo sapiens presumably lacks the biological means, above all the insight, which is not only theoretical but has been put into practice, not permanently striving for immediate benefit.

Much more likely, Evolution 1.0 takes a new turn because of that disastrous combination of human megalomania and inability, as happened after the earthquake catastrophe of a meteorite strike 65 million years ago (among which some dinosaurs fell prey to other close relatives in the form of our birds lived on).

After such decisions, life on earth will once again break new ground – most likely for a very long time. Just without us, so the message, which also tries to explain to Peter Wohlleben. No nice views.

Tags:
evolution, live green, plastic pollution, save ocean, save the humans, save the planet, stop plastic
Facebook Twitter Pinterest linkedin Telegram
Newer Climate Change: Can We Still Save The World?
Back to list
Older Bamboo Instead Of Plastic – Is That The Solution?

Bamboo: A Sustainable Choice in the Textile Industry

END_OF_DOCUMENT_TOKEN_TO_BE_REPLACED

Facebook Twitter Pinterest linkedin Telegram
All around the world, there are hundreds of thousands of different plant species,  but there is one plant that stands above the rest in...

END_OF_DOCUMENT_TOKEN_TO_BE_REPLACED

Facebook Twitter Pinterest linkedin Telegram
The oceans are so big that in the past they were believed to be inexhaustible, there would always be enough fish a...

END_OF_DOCUMENT_TOKEN_TO_BE_REPLACED

Save The Oceans: Our Oceans In Stress

END_OF_DOCUMENT_TOKEN_TO_BE_REPLACED

Five Perspectives On The Future Of The Seas

Facebook Twitter Pinterest linkedin Telegram
The oceans are the largest habitat in the world. But plastic waste, global warming, and acidification are changing the oceans. The ...

END_OF_DOCUMENT_TOKEN_TO_BE_REPLACED

Oceans Are Threatened With Collapse: 4 Remarkable Attempts To Save The Oceans

Facebook Twitter Pinterest linkedin Telegram
Anyone thinking of plastic in the sea has beaches in Asia in mind. But the garbage problem also exists on our own doorstep. Researche...

END_OF_DOCUMENT_TOKEN_TO_BE_REPLACED

Environmental Protection – What We Can Do?

END_OF_DOCUMENT_TOKEN_TO_BE_REPLACED

Climate Change: Can We Still Save The World?

Facebook Twitter Pinterest linkedin Telegram
Only save the world for a short time.Since I read the last scientific study on climate change, I feel different. In fact, I feel emot...

END_OF_DOCUMENT_TOKEN_TO_BE_REPLACED

Bamboo Instead Of Plastic – Is That The Solution?

Facebook Twitter Pinterest linkedin Telegram
Toothbrushes, crockery, socks - all this is now also available in bamboo. Does this trend really protect the climate and the environmen...

END_OF_DOCUMENT_TOKEN_TO_BE_REPLACED

The Problem Of Plastic Waste Has To Be Solved First And Foremost On Land.

Facebook Twitter Pinterest linkedin Telegram
Plastic has become one of the major polluters in the oceans. It becomes a danger to the environment and health. The danger arises from ...